So once again we get to a CSA related veggie post.  But before we get into that, it has been brought to my attention that many people do not know what CSA means so I’d like to address that (if you want to skip, just move down to the first picture).

CSA stands for Community Supported Agriculture.  I became a member of one several years ago and have been one ever since.  Some groups have them year-round, however my local CSA is from June-October.  Each CSA has their own farmer- usually vegetable based, but some also have others such as egg farmers, fruit and even flower ones and when you join a CSA you pay for a “share” (or sometimes a half share).  This means that before the season starts, you pay a certain amount for that year’s share and each week (or every other week) the farmer brings in their freshly harvested veggies (or fruits etc) and each person is instructed to take their share’s amount.  For example, several tables are filled with a cornucopia of veggies and fruits and there will be a sign saying “Full Share: 1 eggplant, 2 bunches of scallions, 1 head of lettuce, 4 zucchini” etc etc

You do not have control over what is brought week to week which for some can be a drawback but for me it’s exciting because you are introduced to many things you would have never tried before.  There can also be other potential “complications” though- for example, last year when Hurricane Sandy hit it ruined many of our farmer’s crops so for a few weeks, we didn’t receive nearly as much, though they did their best to make up for it later.  It is a risk you take but for me it is worth it because it helps small, local farmers in the beginning of the season to prepare for growing that year and also for growing food for people.

A large problem in the farming industry these days is that many farmers do not make enough money and are forced to grow corn which is used for livestock and later for fillers such as corn syrup and high fructose corn syrup because the government pays them through farm subsidies to do so.  So instead of land being used to grow food for people and keep the soil fertile by rotating crops regularly it is wasted by growing corn (let me stress that this is not corn you want to eat- it is not flavorful like what you would buy otherwise) to make horrible, unhealthy “ingredients” that contribute to many of the health and obesity problems we have today.

Sorry for the semi-soap box moment there, but now you know what a CSA is and also why I consider them so important and because this blog is mostly based around local, seasonal cooking, I thought I should explain some of my thoughts behind it.

Please look into local CSA’s in your area or for Greenmarkets that support local farmers because if nothing else, you can’t beat the taste of fresh produce picked that morning.

And now, back to the recipe. 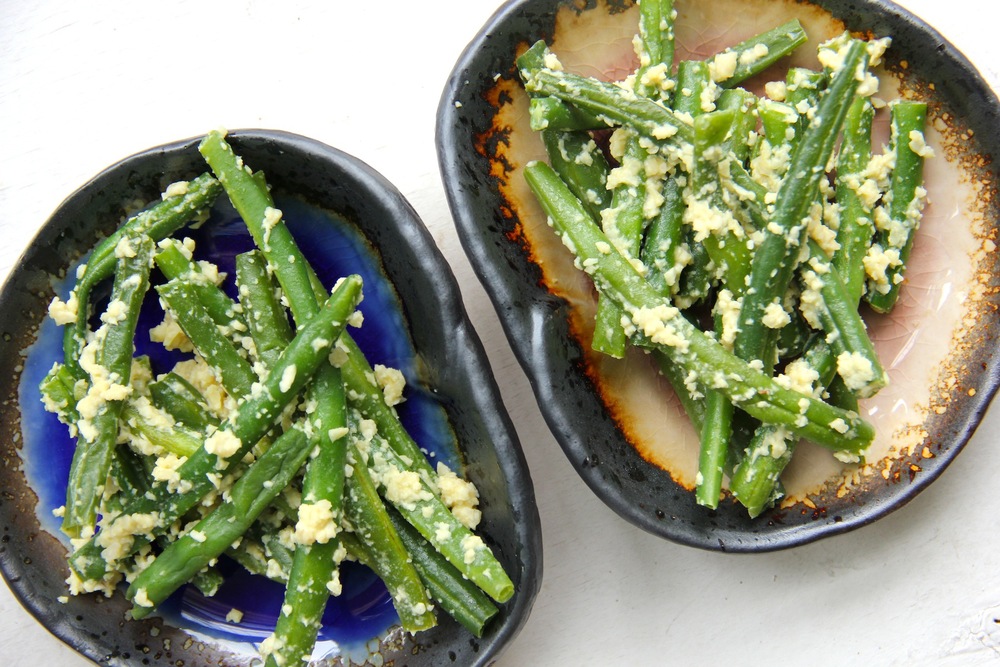 So back to Cheezy Beans and Almonds!  This started because last year I received SO MANY pounds of green beans from the CSA and I knew when I started receiving them a few weeks ago that that time had started again.

The time for beans.

And so that got me thinking about when I ever actually eat beans otherwise and to be honest, I couldn’t think of too many other than for Thanksgiving with the traditional sautéed green beans with slivered almonds.

And here we are- green beans with a sort of cheezy almond “sauce”. 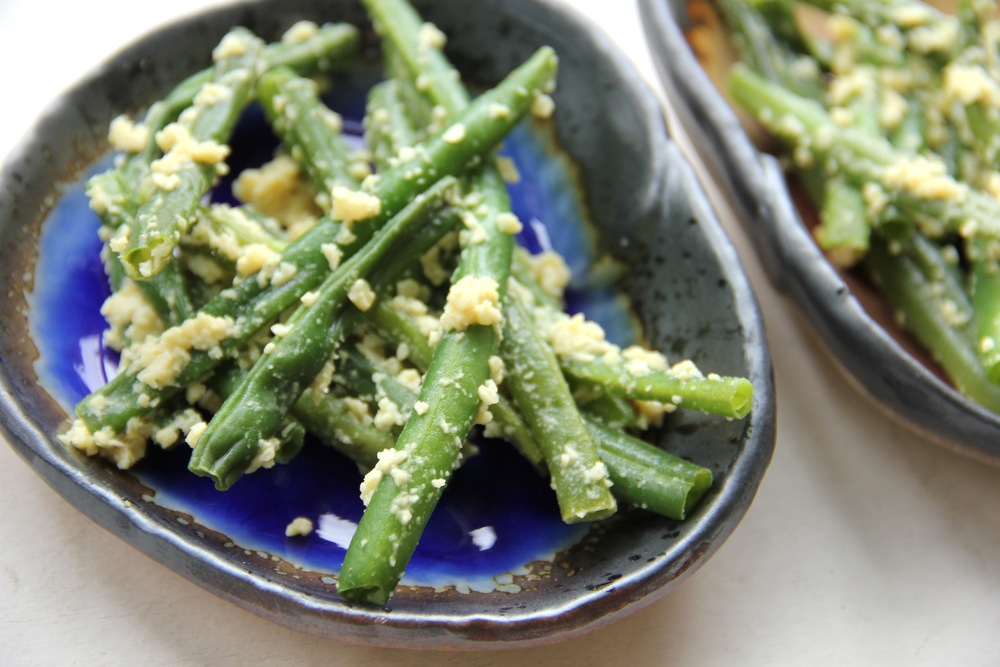 Fill a medium sized pot with water and boil.  If you have a steamer, set up steamer and fill with green beans in a single layer.  Steam for a few minutes until beans are bright green and cooked but still crispy.  Otherwise, toss beans into boiling water for a few minutes, then drain in the sink.

Add remaining ingredients to blender and blend until almonds are broken down well but aren’t completely smooth (still want some texture!).

In a large bowl toss green beans and cheeze together and serve!