Woah boy was I on a roll today!  I was on a mission to make chocolate peanut butter protein bars and ended up with something that tastes seriously like rich, delicious brownies!  I’ve been on such a peanut butter/chocolate kick recently it’s been hard to say no and stay on track with my competition diet. 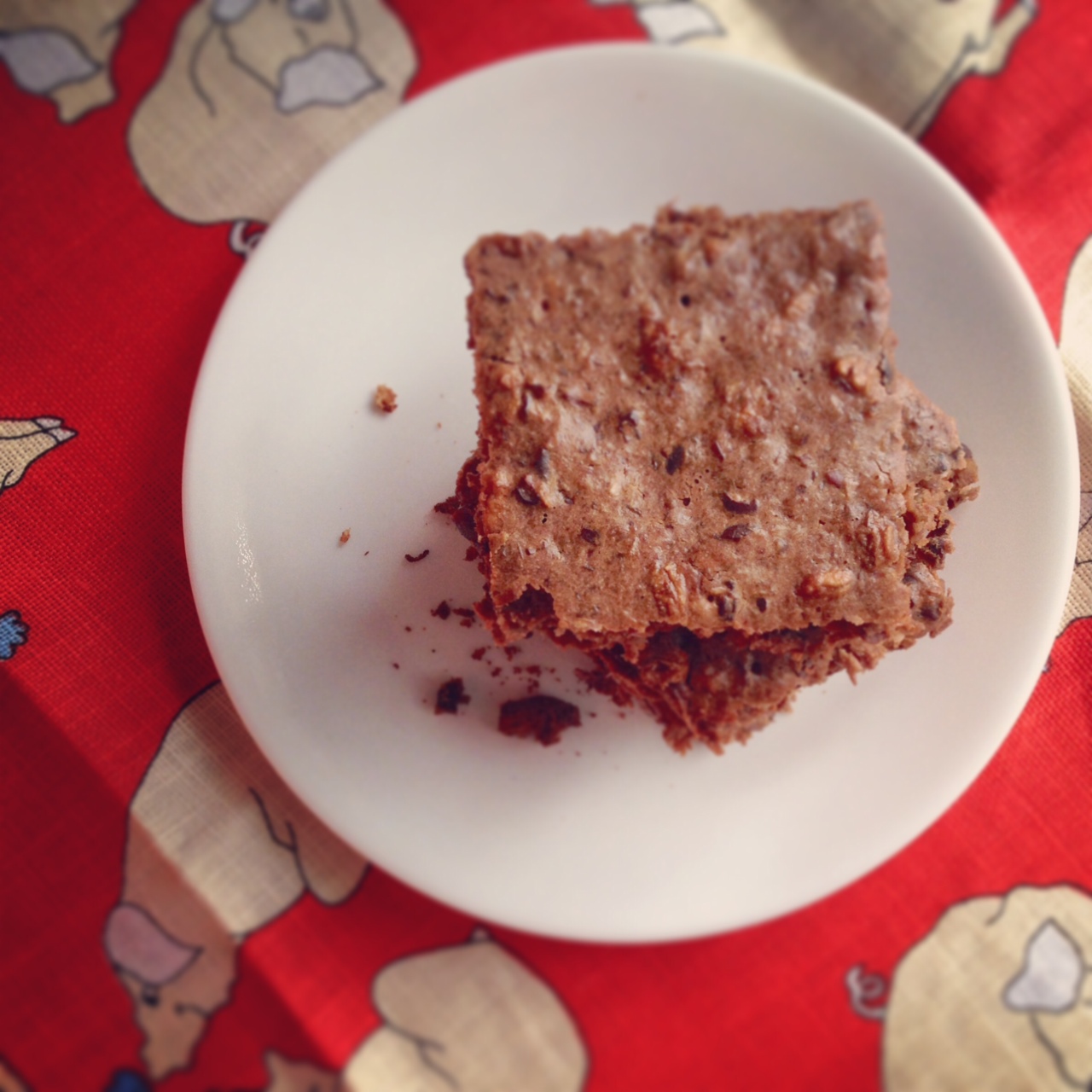 Look at these babies!

Last week I went back to NYC for the week and to be honest, I really fell off track.  I kept up my workouts for the most part and while I prepped my food for the day, there ended up being a lot more cheat-meal dinners, drinks and extra snacking (read: tons of chocolate and peanut butter with a spoon from the jar).  I also knew however, that I’m still 7 weeks out which allowed me to rationalize that I still have time to get everything ready for competition but I really did overdo it.  Alas, however, what’s past is past and I’m trucking forward on a mission from here on out!

I don’t want to feel deprived though because I know it will inevitably make me want to binge out again so I wanted to make something that would be decadent but wouldn’t put me off track (you know, as long as I can stick to the proper serving sizes!).  I’m a fan of balance whenever possible.  All or nothing is never a good thing- especially with one’s diet!

As these were baking in the oven I could smell the rich chocolate scent wafting around the kitchen and hoped that they tasted as good as they smelled.  When I could finally eat one I was thrilled!  Better than I expected so I hope you like them too! 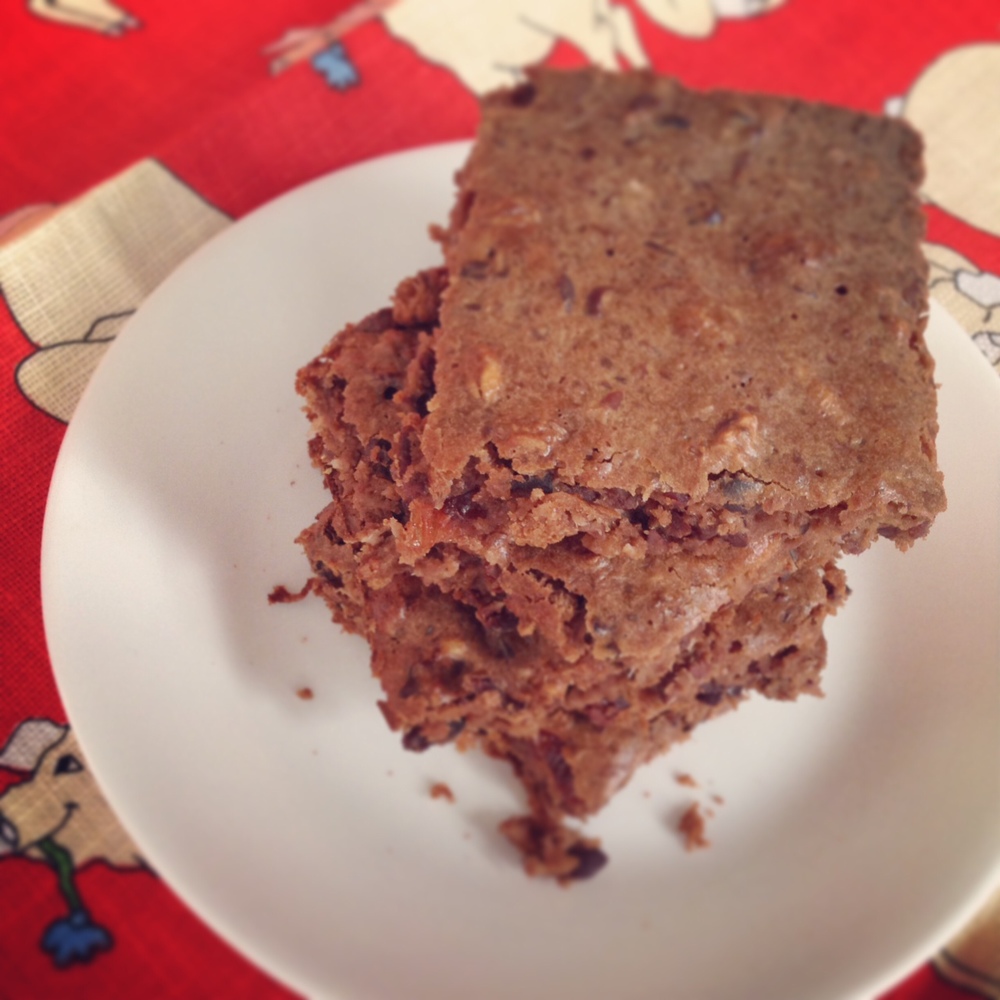 In a saucepan combine almond milk, peanut butter, cinnamon, stevia, and flaxseed.  Heat on low-medium and stir ingredients until everything is evenly combined and remove from heat.  In a separate bowl mix protein powder, puffed wheat, cacao nibs, cranberries and shredded coconut.  Fold in liquid mixture.  Lightly spray a glass 8x8inch dish with nonstick spray and pour in batter.  Bake in oven for 30 minutes.

I hope this makes your day too!