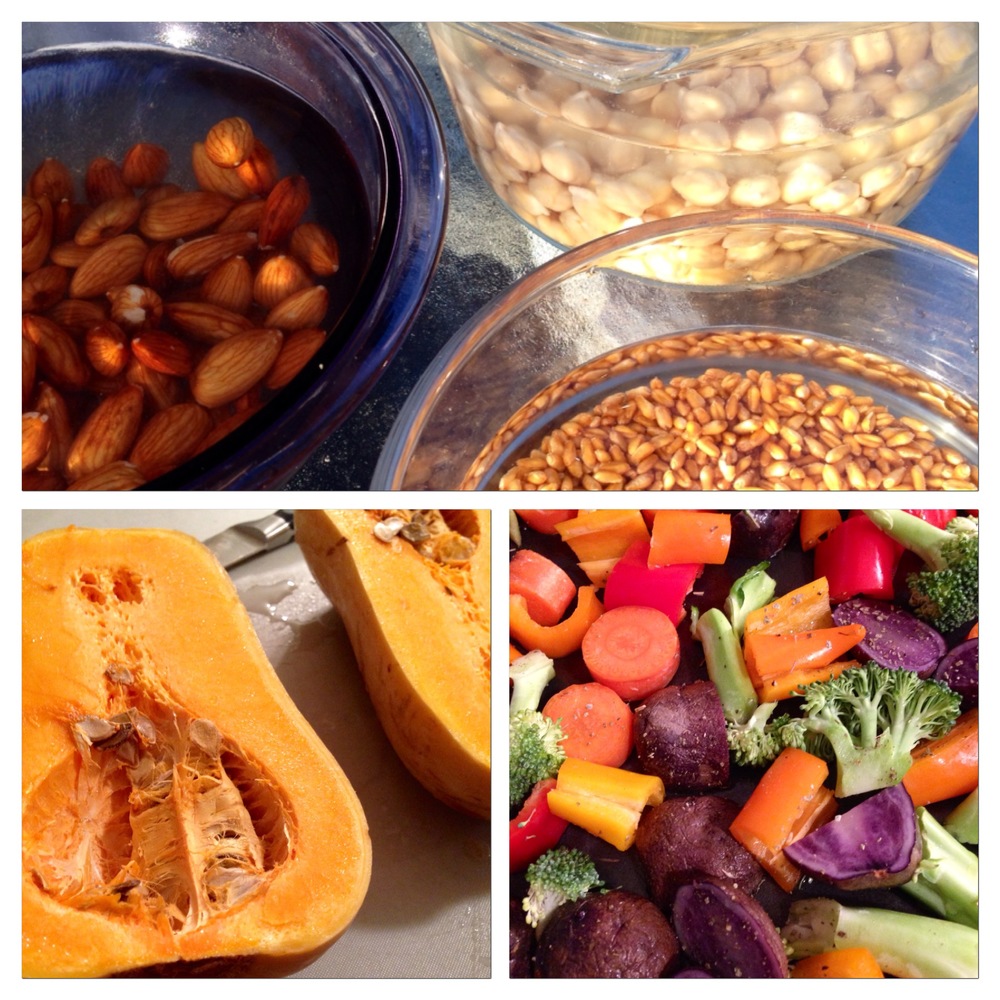 So I often get questions about eating healthy.  Two of the most common things I hear are “I don’t have a lot of money to buy lots of groceries” and “I don’t have time to cook everyday”.  These are two very valid concerns and I get that.  Having lived in New York City with several jobs at once and going to school on minimal income I understand- it’s hard.  That’s how I eventually started doing “Food Prep Sunday”.  With some prep and a few hours on an off day you can plan and prepare meals so you’ll be all set throughout the week.  At very least, you will have items prepared so that you can easily and quickly prepare food in a hurry.

So first off, let’s talk groceries.  Shopping on a budget doesn’t have to be painful but you can get a lot more out of it if you are prepared to do a little more work.  This means buying whole foods.  Skip the prepared meals and frozen items- pre-chopped and sliced veggies typically cost more (and they usually aren’t as fresh!).  Also, if you can afford local and/or organic then go for it but if you can’t don’t stress it.  Think of it this way- unless you are going to a fancy organic restaurant most places aren’t going to be organic either so at least this way, with making your own, you are saving money and still eating healthier!

Here are some of my staples:

-Spinach or Kale- now these I will spend the extra money and get them organic because I typically eat them raw and being a leafy green, it’s basically impossible to get off pesticides

-Bananas, oranges and apples- great for smoothies or snacks

-Root Vegetables – typically I go for carrots or beets

-Grains – farro, wheat berries, bulgar you name it as long as I can buy it in bulk

When I wake up I put either a whole or half bag of beans to soak in a large bowl of water along with whatever grain I want in a separate bowl.  Then I leave and do whatever else I need to do that day checking only occasionally on the beans to rinse and add more water as needed.

So far so good.

First off, I’ll preheat the oven to 425 and then rinse the beans and grains, put them in separate pots, cover each with water and set both to boil.  Once they have boiled, put them to simmer and leave ’em be.

While I’m waiting for the beans and grains to boil I’ll usually start chopping vegetables.  This isn’t a science- it’s whatever I have sitting in my fridge.  Last week, for example, I chopped up some broccoli, carrots, bell peppers and mini purple potatoes- just try to cut them to about the same size so they cook evenly.  Then I toss them in some oil, spices, salt and pepper, spread them out on a baking sheet and pop them in the oven. 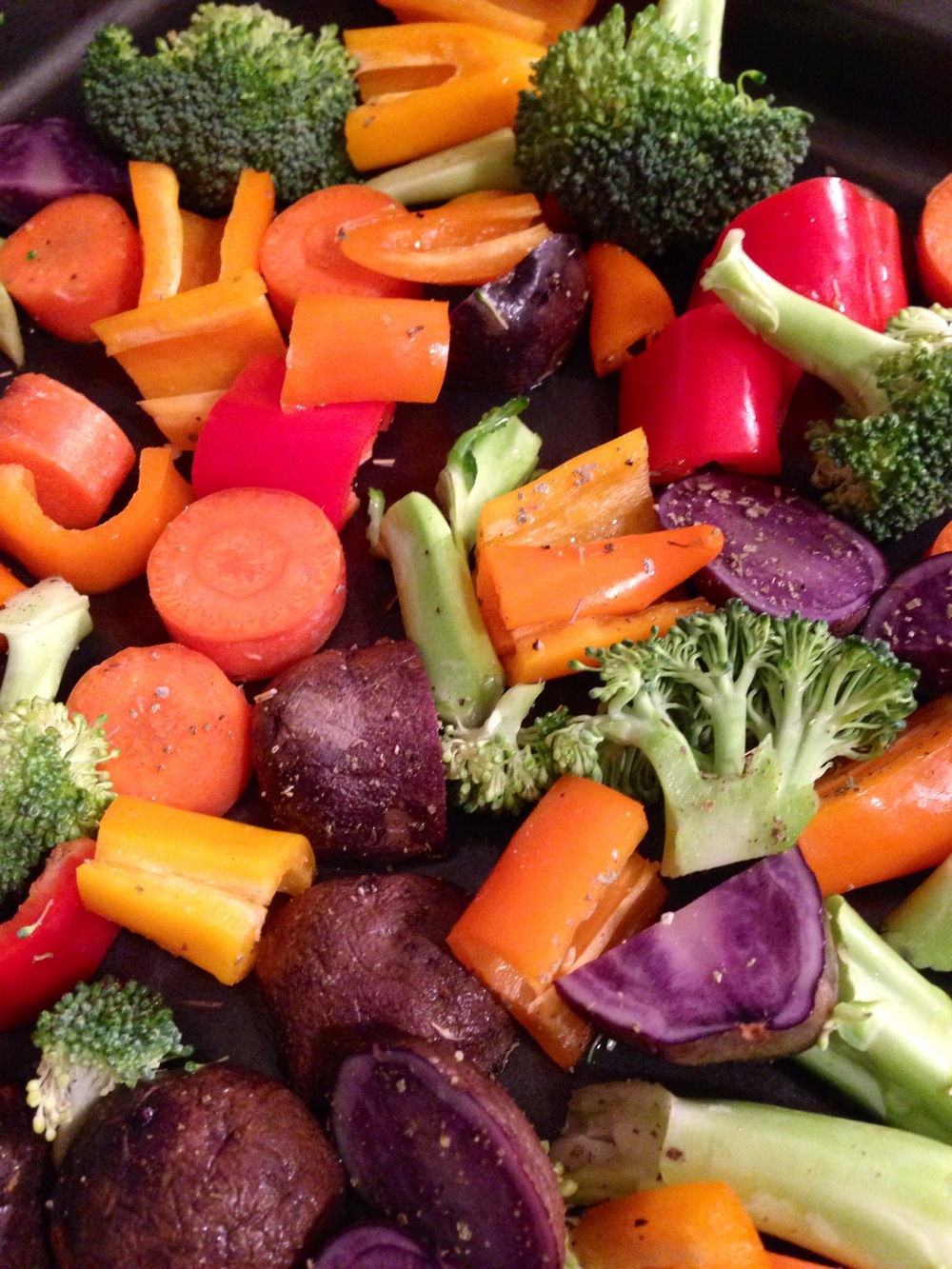 Then I’ll scrub some sweet potatoes, poke a few holes in them, wrap them individually in tin foil and toss them into the oven as well.  Depending on the sweet potato size I’ll put them in before the veggies or at the same time (if they are bigger and will need more time to cook they go in the oven right after the beans).

I’ll usually check on the veggies from time to time and toss them occasionally and other than that I’ll check everything every now and then to see when they are done.  I’ll also typically put together some sort of marinade together and marinate some tempeh for future use as well (in the morning I can pop a piece into a pan, cook both sides quickly and toss it into a lunch bowl or a sandwich).

Once everything is done I’ll put them into individual containers in the fridge and I’m all set.  Sometimes however, I’ll go ahead and make something, like a black bean salsa recipe to dress it up a bit beforehand.  But even with these basics, while it may not always be the most exciting, it does give you a good base for preparing lunches and dinner in a hurry.  Toss some grains, beans and veggies in a container, add some condiments (some salsa or BBQ sauce maybe) and maybe some avocado and you are all set!  Healthy, quick and easy lunch in minutes!

Breakfasts can be quick and easy smoothies such as these or maybe an overnight oatmeal. It’s really just all in the prep work!