So you may have noticed a trend with my recent posts…I’ll admit, with a competition date set and coming up fast I’m all about protein.  But this recipe started when I realized earlier this week (March 4th) was International Pancake Day and I was really kind of devastated that I could not partake in fluffy pancake drenched in maple syrup binging.  While I’m eating tons of food and calories daily they just didn’t fit into my macros and I didn’t want to set back my competition preparations for some pancakes.

But all was not lost!  I decided then and there that I would partake in pancakes on March 4th but that I would devise my own protein packed recipe so they would still sit comfortably and healthily in my diet.

And so!  The protein pancakes were born! 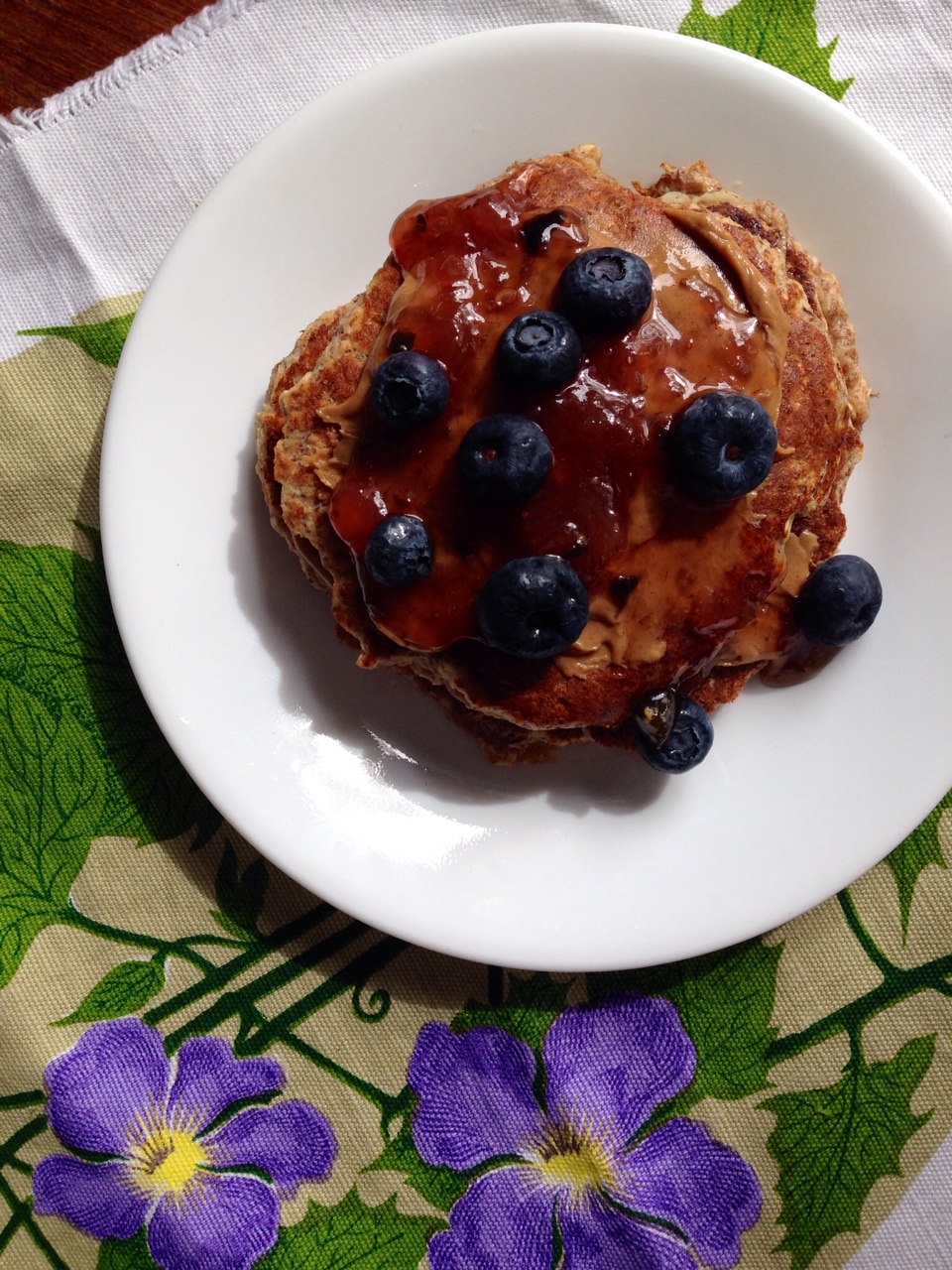 I know I’m not the first to make protein pancakes- in fact they’ve probably been around as long as people have realized they could put protein powder into baked goods but hey, I’m still pretty proud of my recipe.  Delicious, nutritious and guilt free- what’s not to love?  This is now a daily staple of mine.

*If you are vegan or do not want to use egg whites, you can sub for 3 TBSP Ground Flaxseed+ 6 TBSP Water.  As your first step you will need to mix the flaxseeds and water together.*

Add all the dry ingredients together and mix.  Add the egg whites (or flaxseed mixture), applesauce, extract and milk (2-3 TBSP depending on how runny the batter is).  Heat a nonstick pan on low with a little nonstick spray.  Using a quarter cup, dollop out a pancake (spread out the batter in the pan a bit if it’s thick) allowing each side to cook for several minutes before flipping.

Serve and top as you see fit!  (I’ve been a fan of adding some PB2 and a tablespoon of homemade jam) 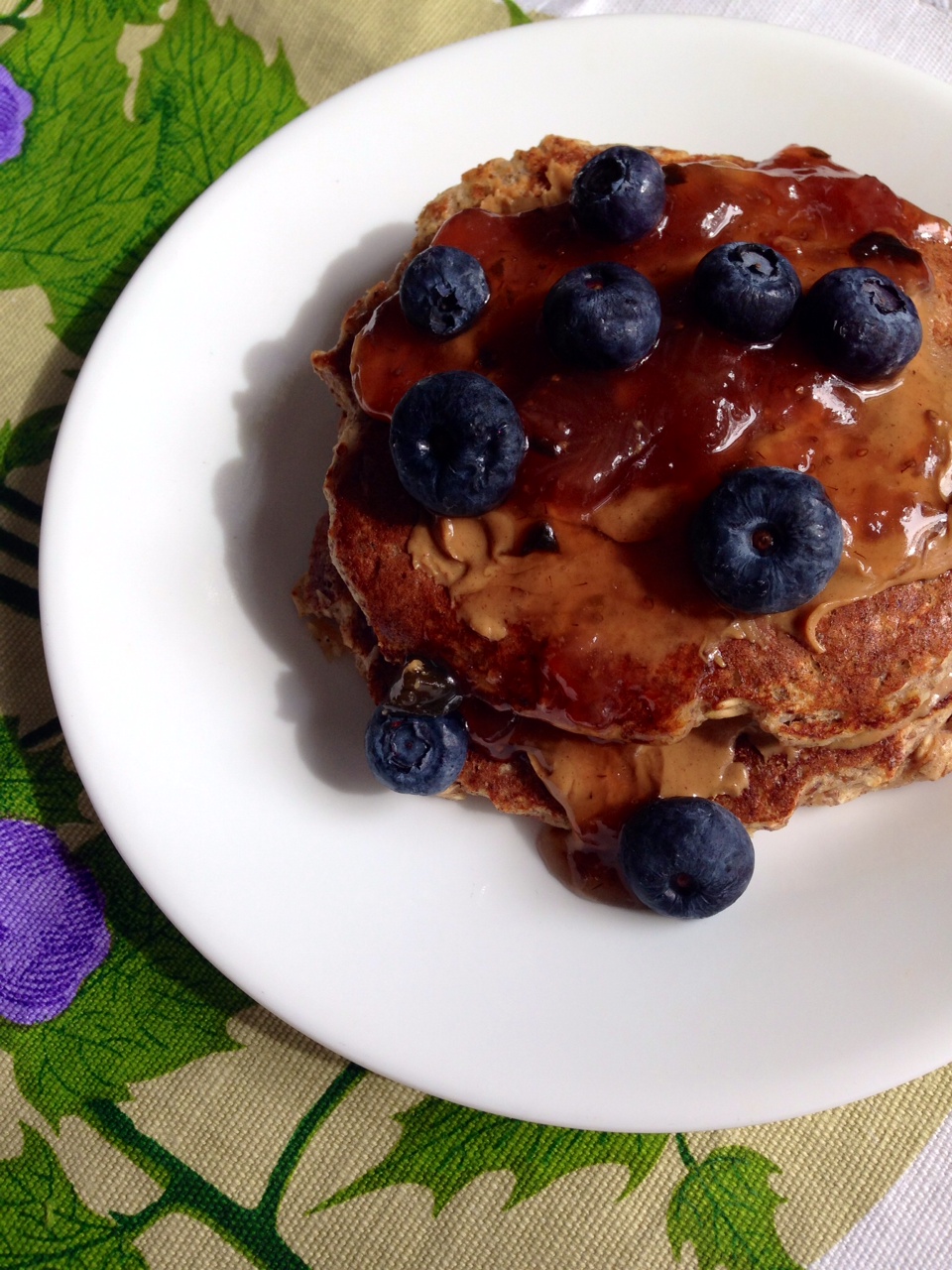