So I was thinking back to those brownies I made before and how I really wanted to make a version with more protein per serving. My first thought was, “Well just add another scoop of protein powder- duh!” But honestly, that seemed like a boring cop-out (though it could easily be done) so I decided this time that yes, I would add another scoop but I would also play with making the batter slightly different. After all, who wants to eat the exact same brownies all the time?…on second thought, I retract that foolish question. Either way though, it’s fun to change things up! 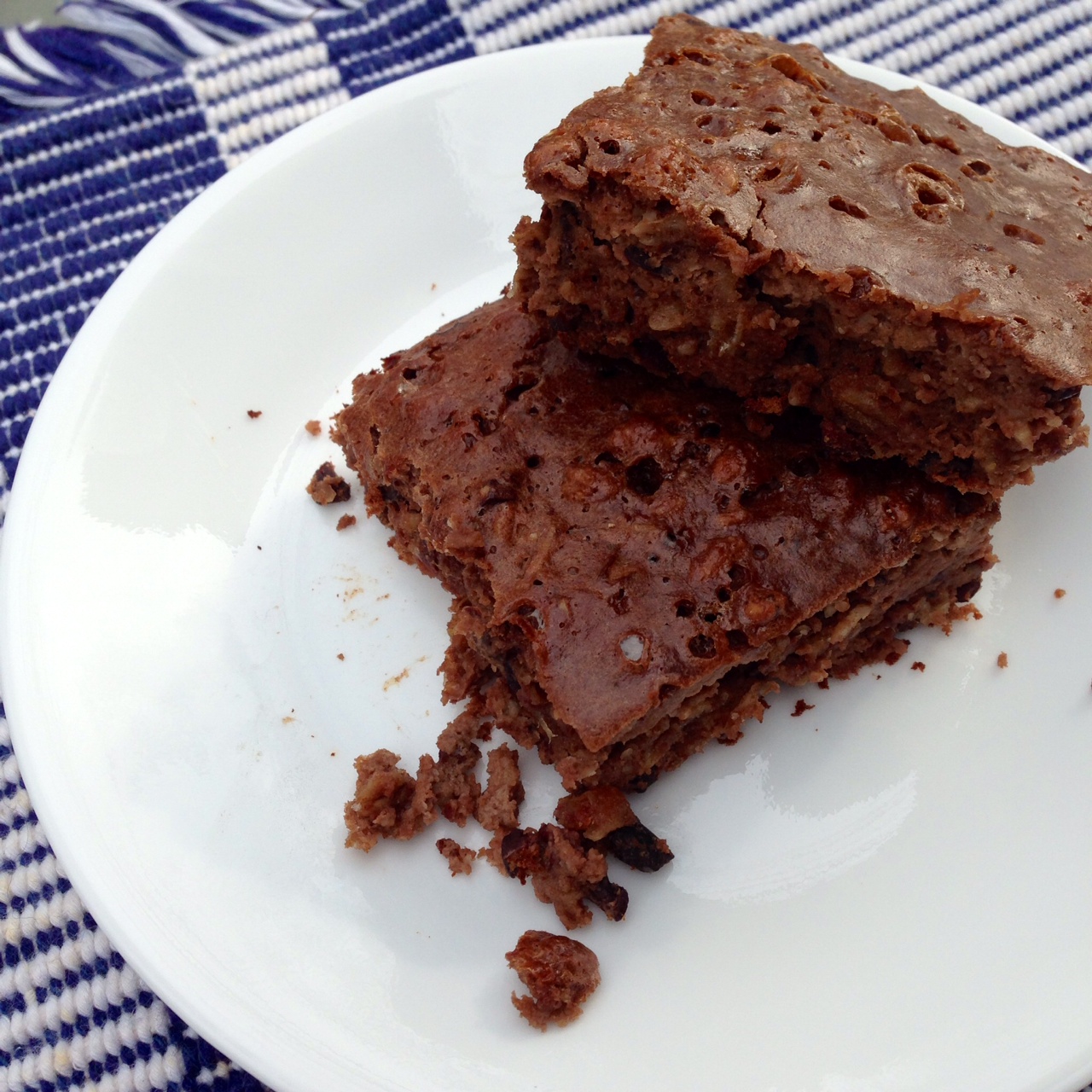 And thus, the updated brownies were born!  The texture is similar but I would say these are a little richer with the addition of banana and almond meal.  I also made it a little simpler to make- no need to heat up the liquid ingredients in a pot anymore- just blend away!  Yay blending!

If you haven’t tried baking with almond meal before you really should- it’s so fun to add to baking recipes because it adds great moisture to them and you can cut down on flour!  Yummy~~!

Once again, the recipe makes 9 servings and the caloric breakdown is as follows (approx): 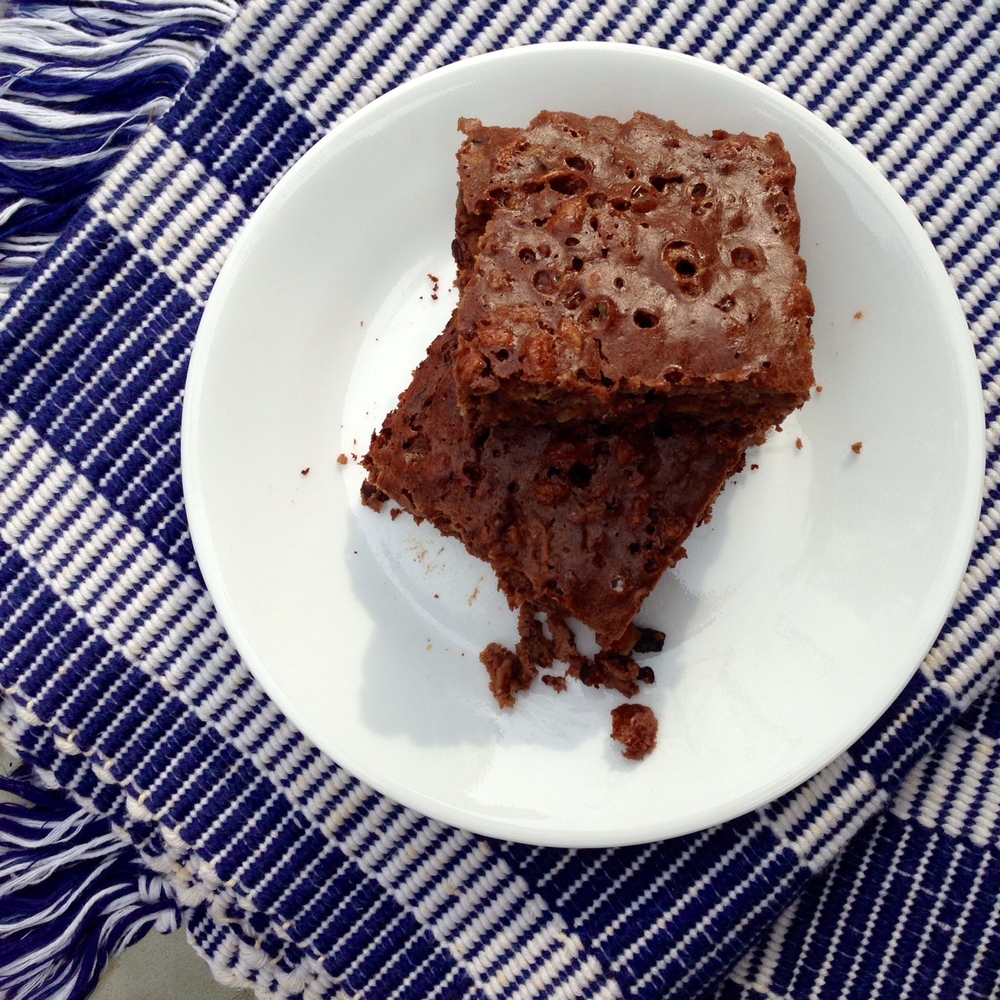 Preheat oven to 350F°.
Toss almond milk, peanut butter, cinnamon, stevia and banana in a blender and blend until smooth.

Bake for 30-35 minutes or until a toothpick comes out clean.

Cut into 9 servings and try not to eat it all in one go!