Did you know that today is National Kale Day? I didn’t- not until this morning at least, when I opened up my Instagram account and saw pictures posted by Union Square Green Market. 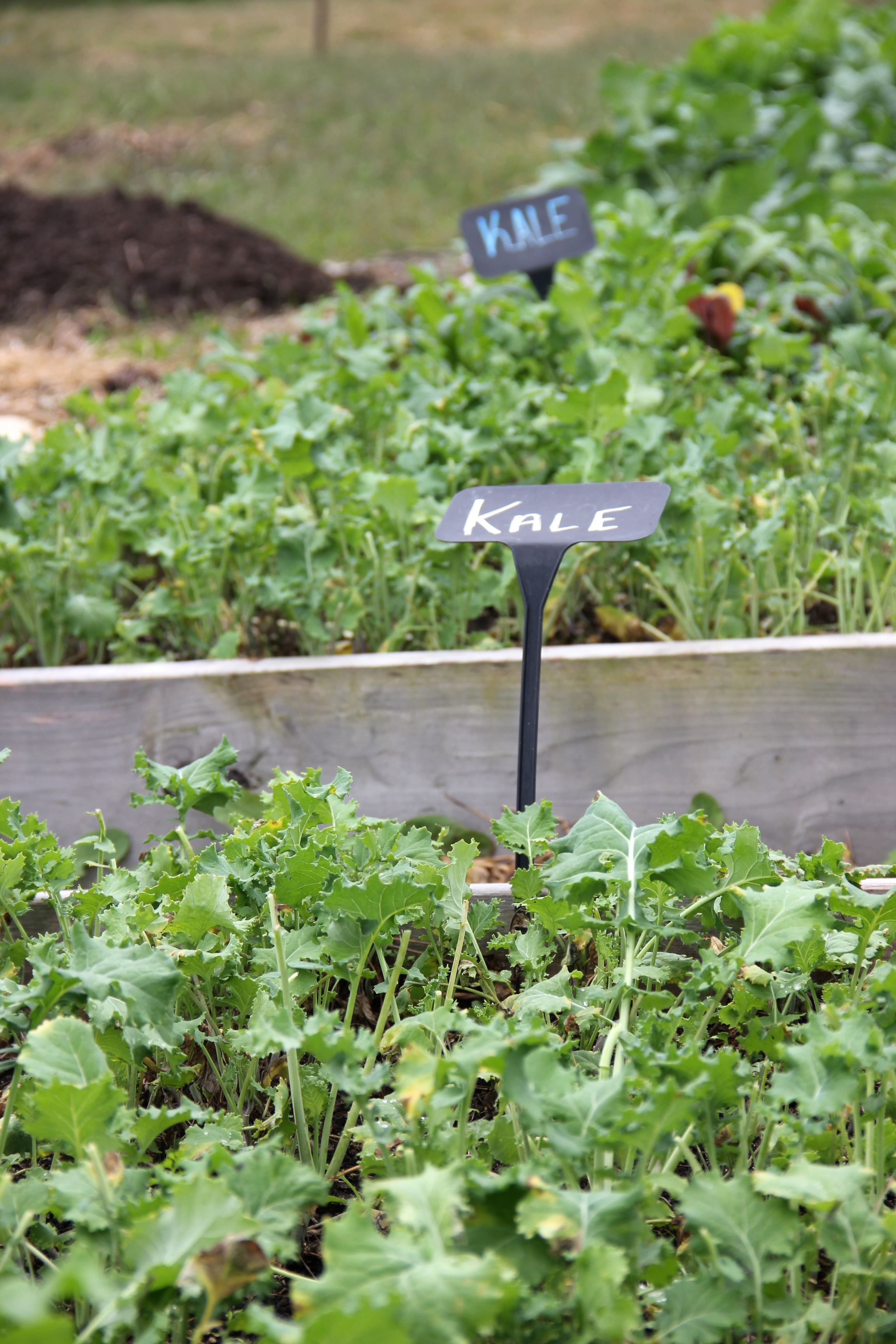 I was of course very excited and immediately decided I needed to make a recipe for the occasion.  The problem?  I only had one bunch of somewhat sad, wilted dinosaur kale sitting in the fridge.  But no worries- I’d just go out and get some different varieties!

I had visions of getting several of the more common varieties- fresh Dinosaur Kale (I affectionately call it “Dino Kale” however it is more commonly called Lacinato Kale or Tuscan Kale), Curly Kale, and my personal favorite, Red Russian Kale, taking pictures of them and talking a little about each. I was very excited!

Alas, it was not meant to be.

Not only did I have no luck finding fresh kale, but I also found that no one cared about National Kale Day.  Most of the responses I got from people I told were along these lines:

“They have a ‘National Something Day’ for everything!  Did you know it was National Coffee Day a few days ago-all the places were giving out free coffee!”

My mom has told me (on several occasions) that most people don’t share the same passion for food that I do.

Kind of…I mean, I get that I’m really into food and I understand that not everyone is as passionate about it but how can you not love food?  Who doesn’t love good food?  After all, you can’t live without food and who wants to eat bad food?  How can a person not be passionate about eating and/or making good food?  When was the last time someone ate an amazing meal and was unaffected about it?  Ingredients are what make up meals so why not be excited to try things out and sample and play around?

I dunno though, maybe that’s why I have a food blog and most people don’t…

Anyway, this kind of put a damper on my plans so in the end I decided to make up something with my sad, wilted dino kale.

Of course I have tons of squash around the house (no surprise there) and decided to balance out some of the bitter-ness of the greens with the sweetness of some kabocha. 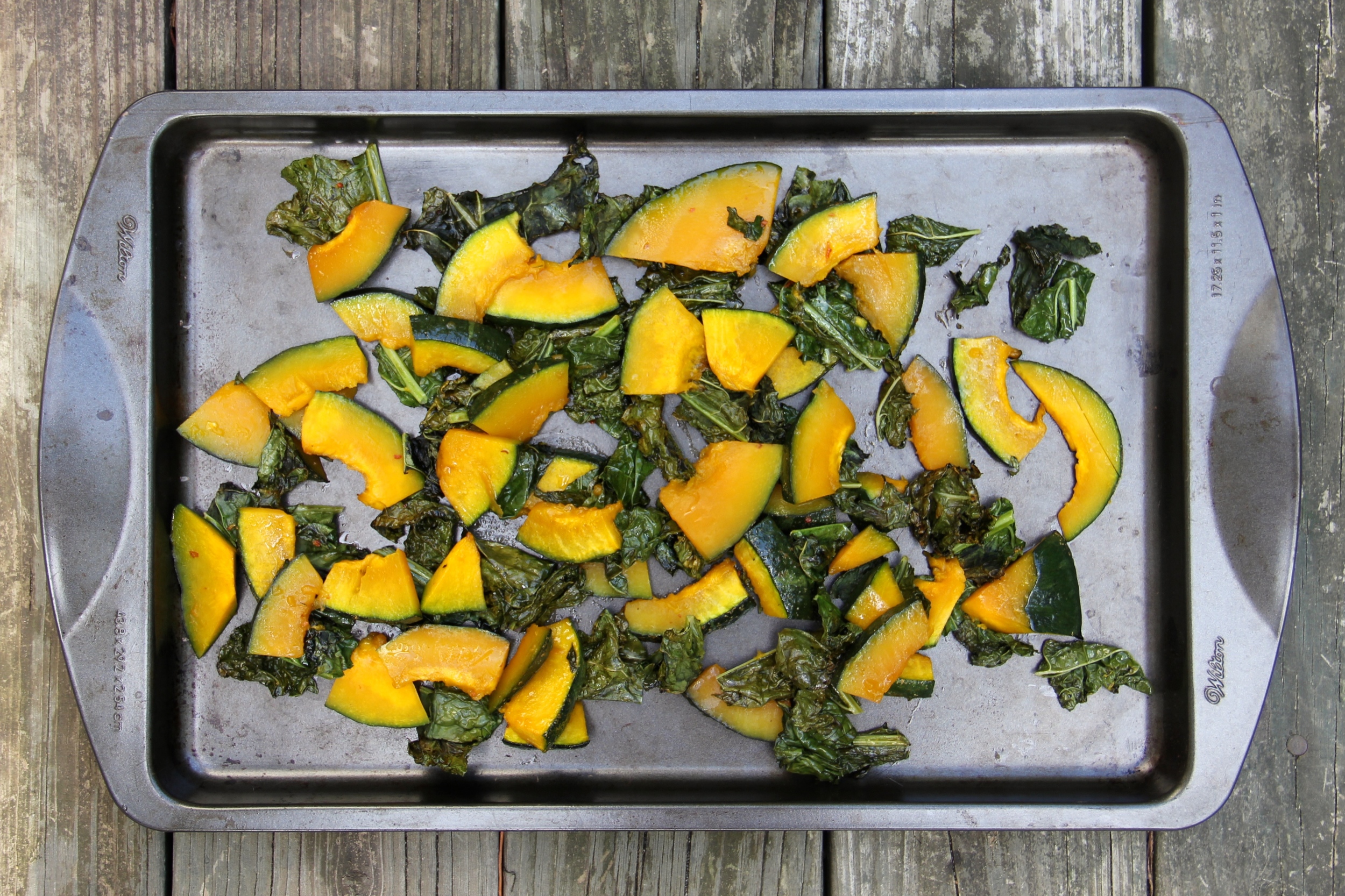 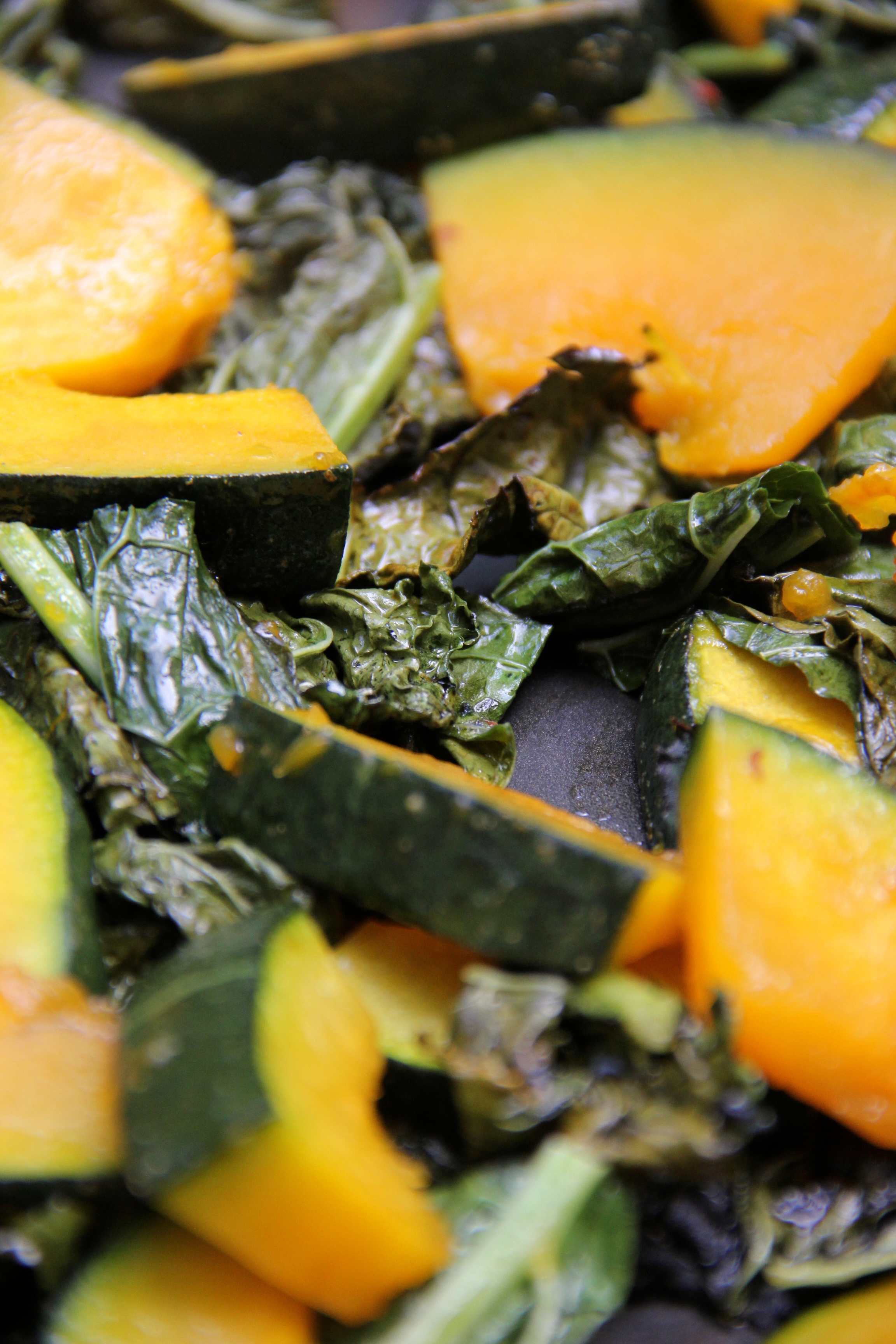 So in the spirit of National Kale Day (that no one seems to care about) I hope you’ll enjoy some kale with your evening meal today!

Halve the kabocha and remove the seeds.  Carefully chop 1/2 of it into thin 1/4 inch pieces and toss into a large bowl.  Chop kale into large pieces and toss with kabocha.  In a small bowl mix together the oil, mirin, soy sauce and pepper flakes and pour over kabocha and kale.  Toss to combine and spread evenly over a large baking pan.

Bake for 15 minutes until the kabocha is cooked through.