So we’ve successfully made it to a new year.  For me, the biggest endeavor is to remember to write “15” rather than “14”.  Seriously, I’ll still be trying to write “14” in July.

All in all though, I feel somewhat relieved that the holidays are over.  January marks the “reset” button; the return to old routines with some new ones as well.  For me, the biggest point is the return to a routine.  Less parties and events and more structure.  I do love structure.

And for many, January typically marks the return of diets and healthy eating.

I opt for cleaner eating myself.  For me, that means less sugar, less alcohol and less flour.  More veggies, more water and more protein. 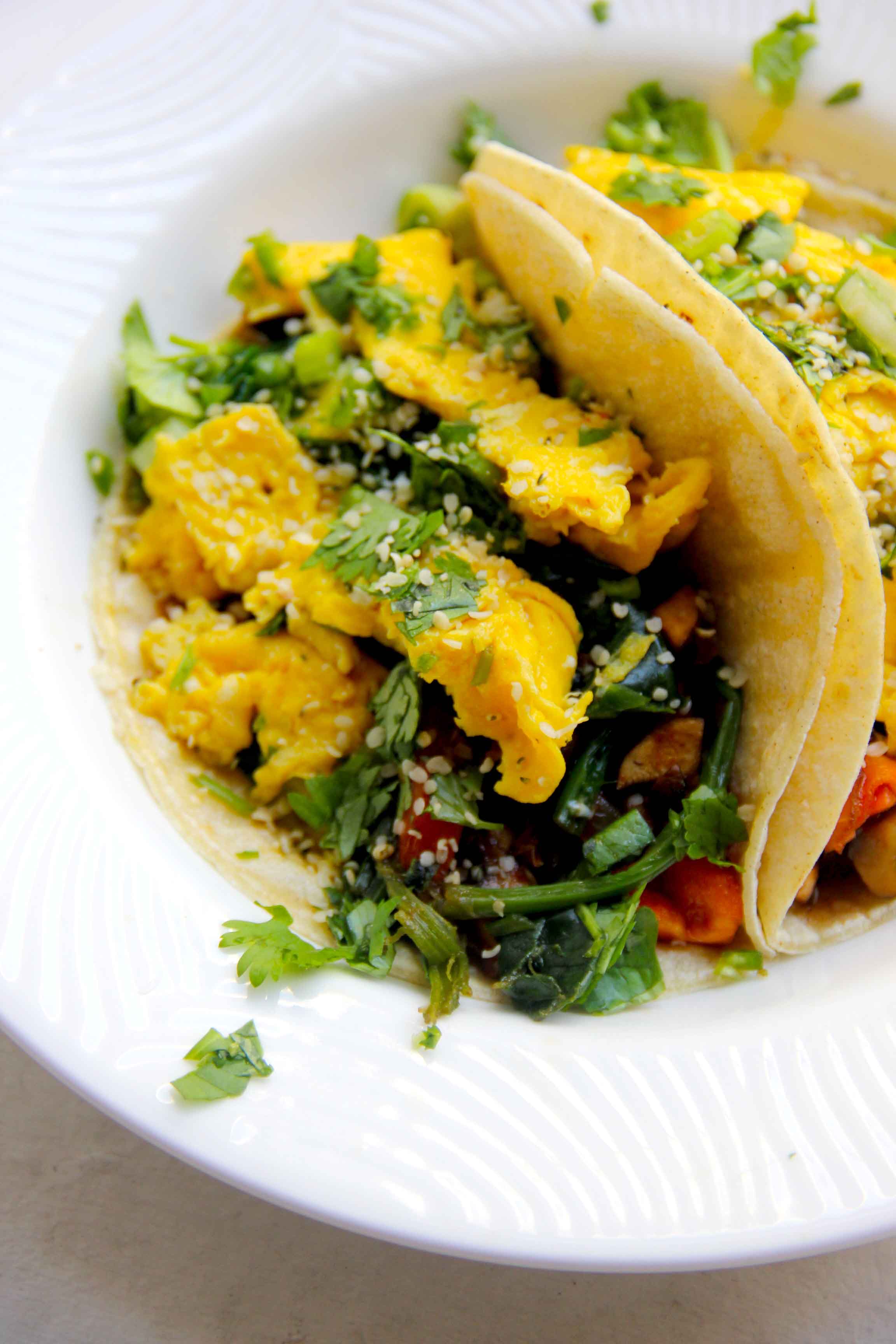 However, as my diet coach excitedly gushed to me in an email earlier this week, I’m 14.5 weeks away from my next show!  To which I responded with some panic- I mean, I’m totally not ready to start my competition diet yet!  I practically need to detox from holiday indulgence before I go to my strict diet.  While I haven’t heard back from her yet, I’m hoping she’ll agree with my opting to start 12 weeks out rather than immediately.  Gotta mentally prepare for this kind of stuff.

But with competition officially in my sights, it really is time to start cleaning things up.  Regardless though, even if there wasn’t a competition in sight, it’s still time to clean up. 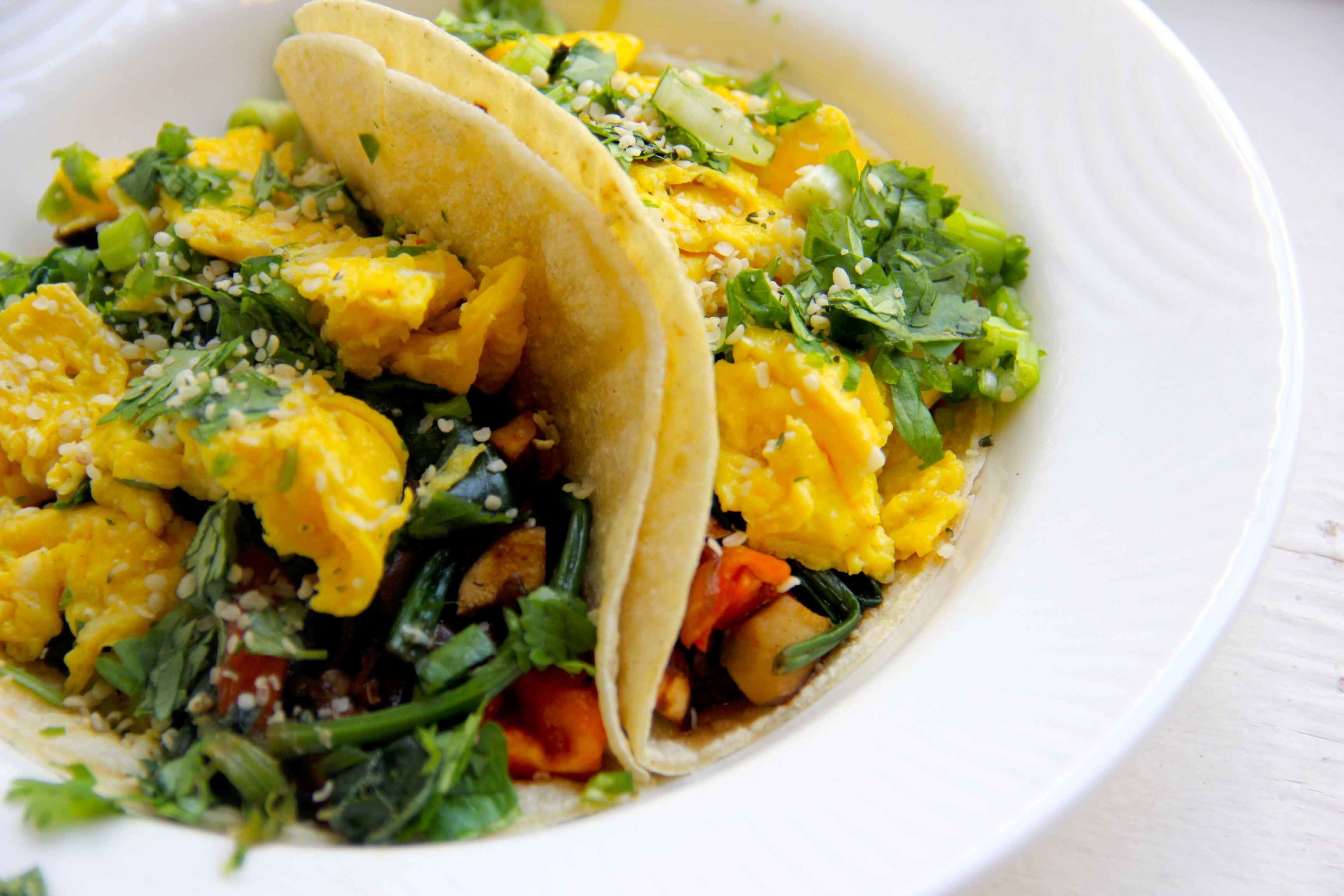 I pulled out my rice cooker (which had gone into a long hibernation) last night so I can move away from breads as an easy “go to” food/carb.  I’ve also prepped a new grocery list and have ideas of getting back into the swing of things with doing food prep for the week on Sundays.  I’m excited!

For me, a proper breakfast sets the bar for a successful day.  Waffles and pancakes are totally my jam but something savory, filling and not too fatty really keeps me feeling satisfied and fueled for the day.

Lots of greens is also a major plus. 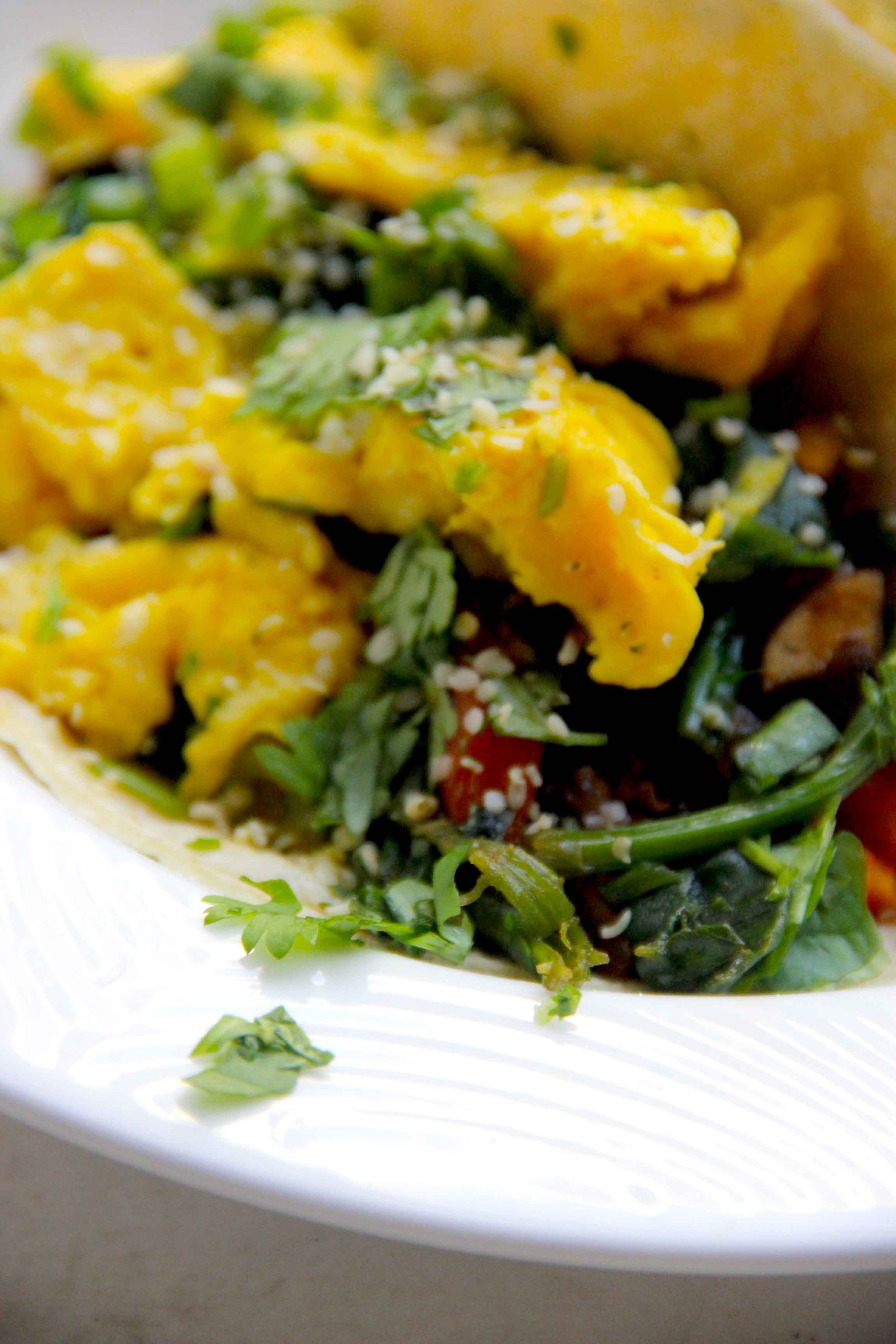 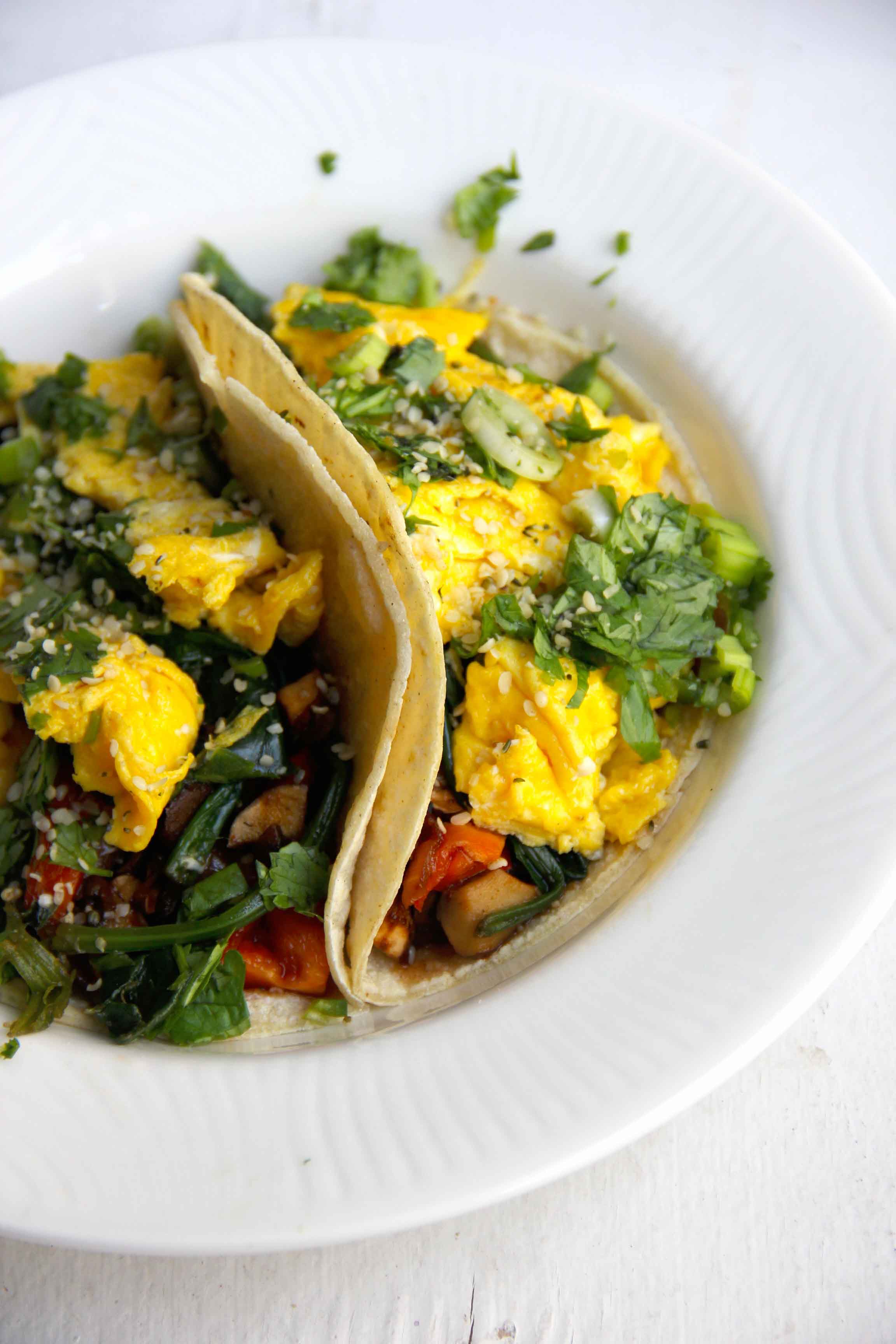 Now this makes about 4 servings but what I did was prep and make everything except for the eggs.  Then, in the morning, I can throw together a quick and healthy breakfast by cooking the eggs and tossing the rest of the already made ingredients into the taco.  It’s awesome!

Remove from pan and set aside.

Rinse spinach (do no dry!) and toss into pan over medium heat.  Cook for several minutes until spinach wilts and cooks down.  Remove from heat, roughly chop and set aside.

Whisk eggs in a large bowl and season with salt and pepper.  Heat butter in pan on low to medium heat.  Add eggs and cook for several minutes, pushing around occasionally until cooked. Remove from heat and set aside.

Cook tortillas in a pan on high heat for about a minute on each side.

Meanwhile, seed and chop jalapeño pepper.  Chop cilantro and scallion and toss together with jalapeño.

In each tortilla, add mushroom mixture, chopped spinach and eggs.  Garnish with chopped cilantro, scallion and jalapeño.  Top with hemp seeds if desired.