Have you ever cooked up something ridiculously delicious at home once, knew what you used to make it and then tried to recreate it later and it was a flop?

Of course you do.  I’m sure we all have and that’s what happened with this guy.  I mean, it really isn’t a complicated recipe but when I tried to make it again it didn’t work out. 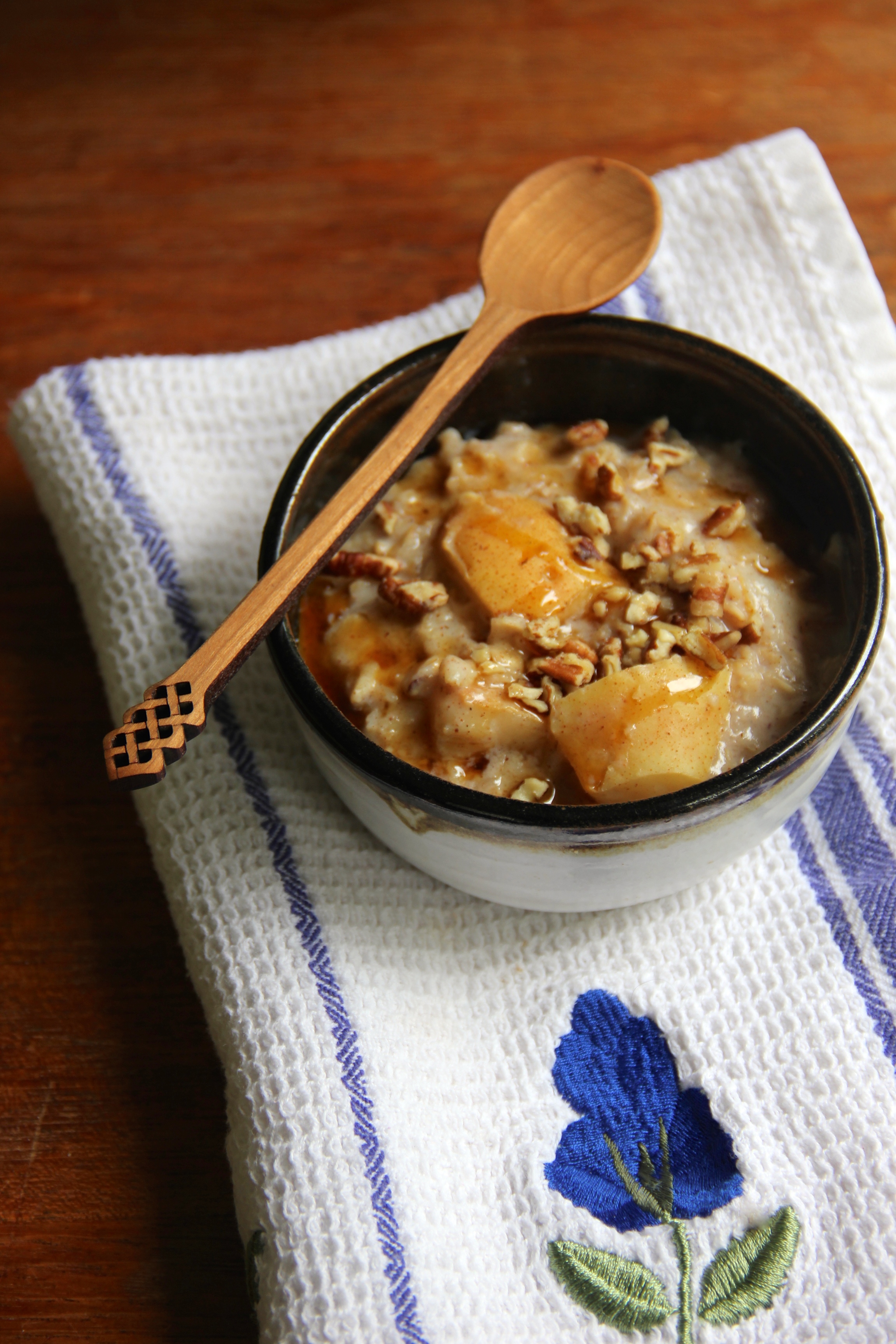 I realized what it was though- it was the pears.  You see, at work we got in the most amazing pears one week (and only a small shipment, mind you) and then didn’t see any more for weeks after.  The grocery store had some mediocre options that I tried and it just didn’t taste right.  Then, last week we got another (small) batch of pears so you bet your booty (betting booties- is that a thing?  Well whatever people bet, that’s what you should do) I picked up a bunch!

And guess what?  The recipe worked out fantastically and I realized that for this recipe, at least, only the sweetest of pears will do.  I mean, other pears will do but it’s best with really sweet bartlett pears. 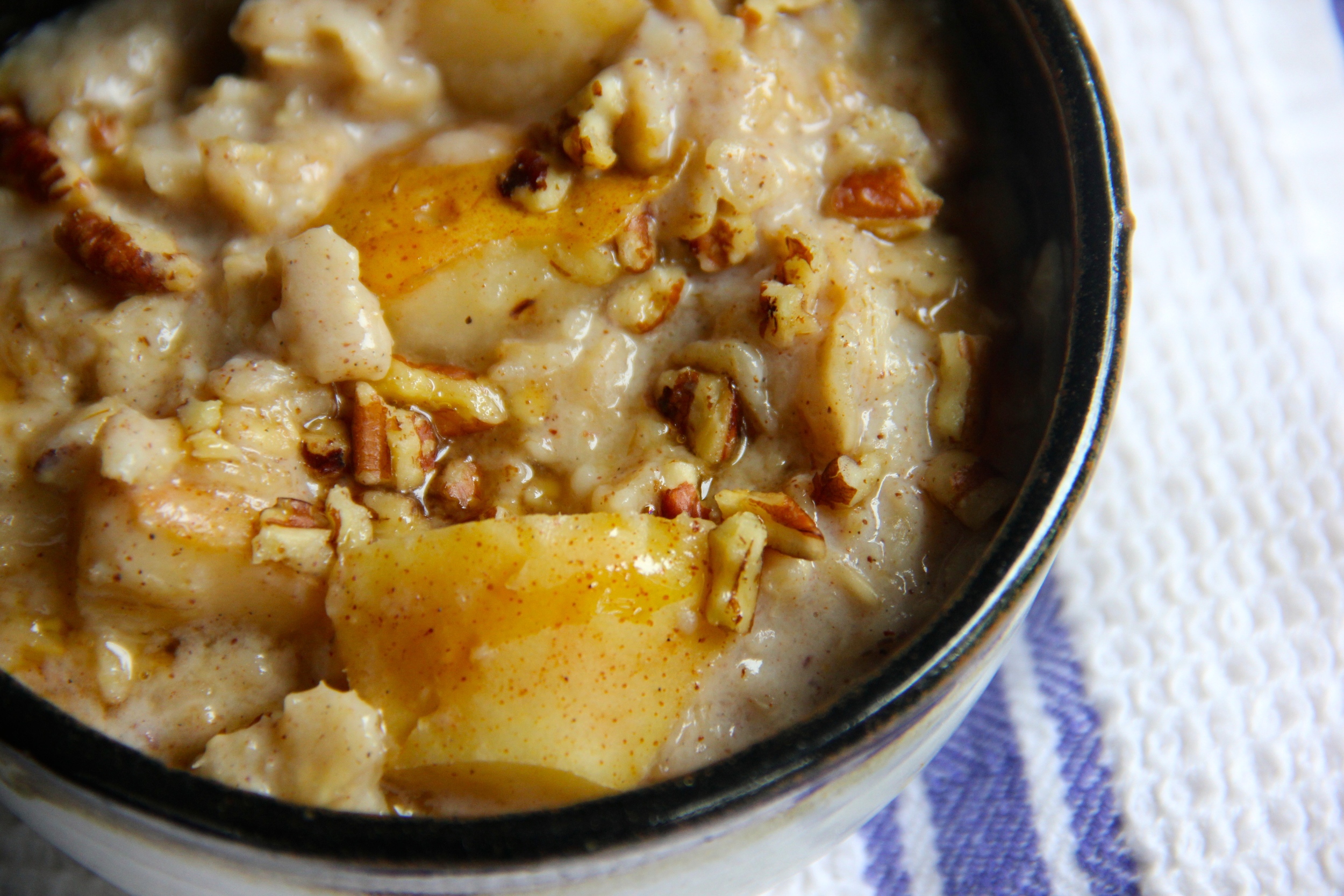 You add in the natural sweetness of the pears and pair it with cinnamon, cardamom, fresh chopped pecans and a little maple syrup and you, my friend, have yourself a winner. 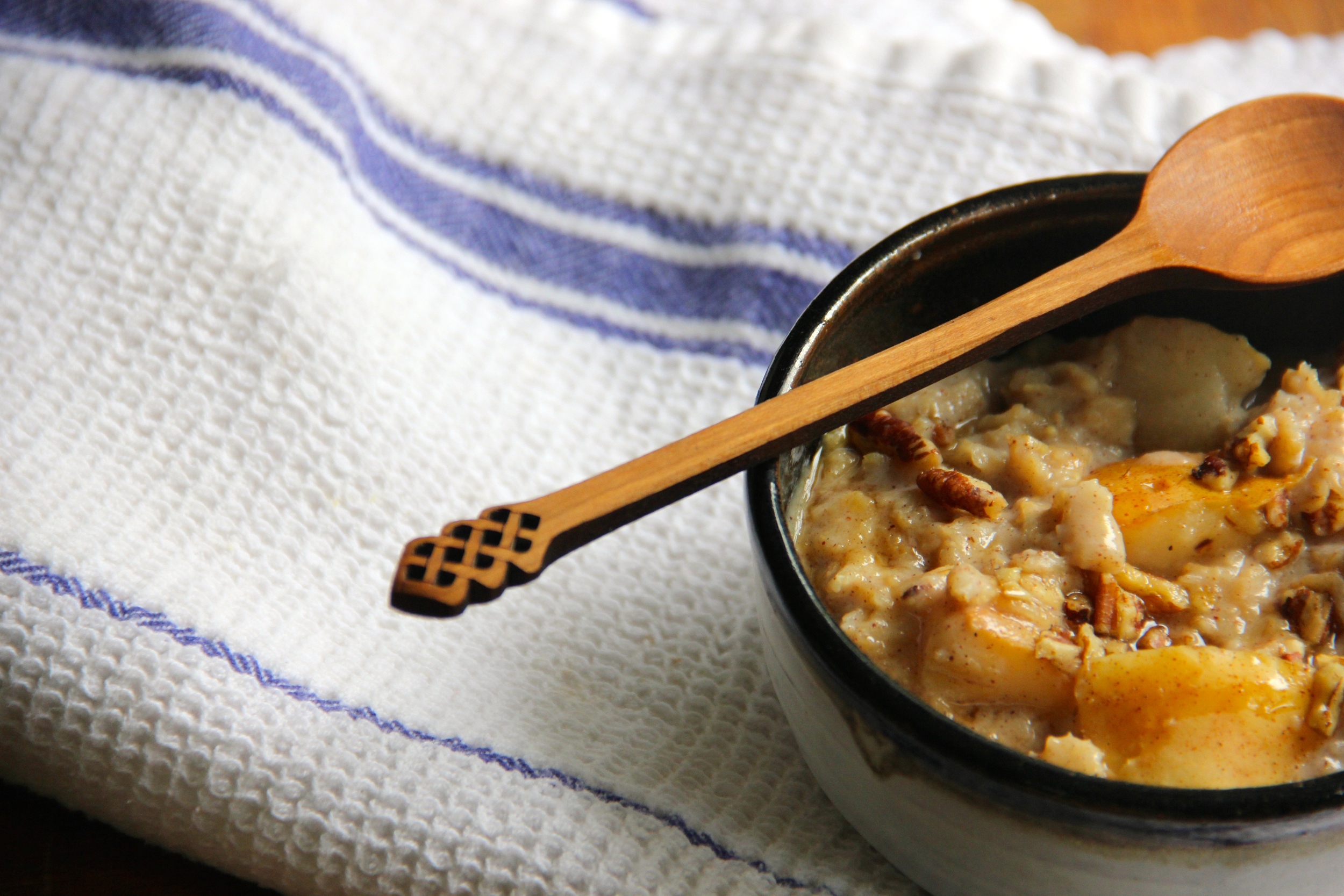 Serve and top with chopped pecans and maple syrup!