Hey everyone! Have you ever gotten carrots with the long stems and fluffy greens on top?

No idea what to do with them?

Don’t worry-it’s fine, I used to be in the same boat.

Just don’t throw them out!

Cut them off of the carrots when when you get them and store them in the refrigerator wrapped in a damp paper towel.

Nice and green and full of flavor I chop them up and toss them into salads and into smoothies.

Now don’t be afraid-give them a shot! 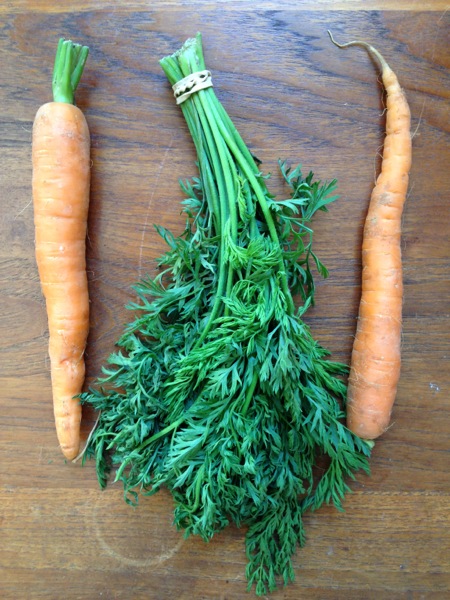 Now, why do I call this “stupid easy”?, you may be asking. Well earlier this week I was busy doing my thing (in this instance, studying away) and found I had only a little extra almond milk in the fridge (I had a second unopened container). I have very little room in my fridge since veggies take up a lot of room and I decided I wanted to use it up then and there (can you pick up on the fact that this was also a study diversion tactic?). I didn’t want cereal so I decided to make a smoothie but I was out of bananas and thought, well I guess I can just try it with protein powder and a little extra cacao and BOOM! AMAZING DRINK RIGHT THERE!

Seriously though, how did I not think to make this before?? It’s stupid easy! I mean I’m basically making chocolate mylk. Duh.

But me, being me, I have decided that it is brilliant and I shall share it with the world. If you roll your eyes at this “recipe” I won’t mind. It’s cool. I know everyone else already knows about this. 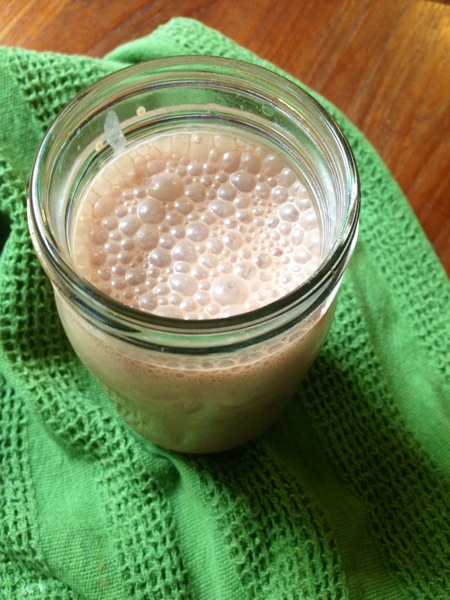 Thank God it’s finally becoming fall!  This morning, when I crawled out of bed and walked into the living room only to rush immediately back to hunt for the long buried bathrobe and slippers I was jovial.  I love the brisk, freshness of fall and of course, the heat and humidity cut is also a major bonus too.

And once again, as always, the produce!  [Insert obligatory “OMG PUMPKIN EVERYTHING” statement here]  We shall get into pumpkin goodness another day though.  Today it’s all about the corn baby! 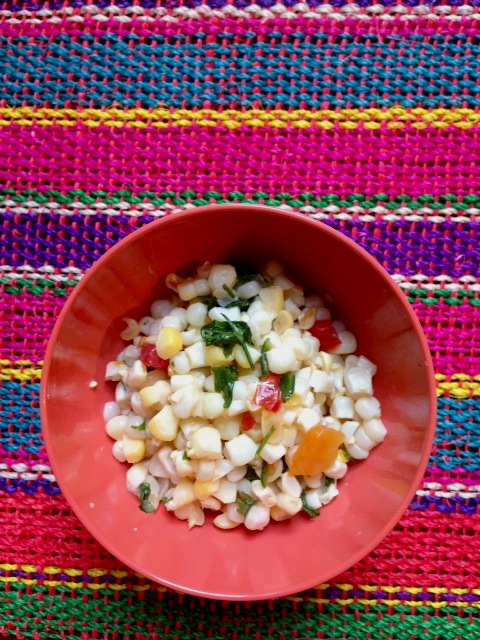 Whenever I husk corn I’m reminded of the summers I spent at my grandparent’s house in Vermont when I was little.  They had a huge covered, netted porch so we (my cousins and myself) would husk corn outside to help with preparing dinner.  When the meal was ready we would butter up corn on the cob, salt it and scarf it down immediately.  At that age though, usually one or several of us would be losing teeth so often times, one of the adults would have to cut it off for us since -to be honest- it wasn’t too difficult for us to cut, we were just too lazy.

But enough reminiscing.  This recipe came about as a way to use up lots of corn in a fun way that could be eaten on it’s own or easily be added to lots of different meals later (i.e. add to burritos, add to salads, toss with some grains).

I hope you enjoy! 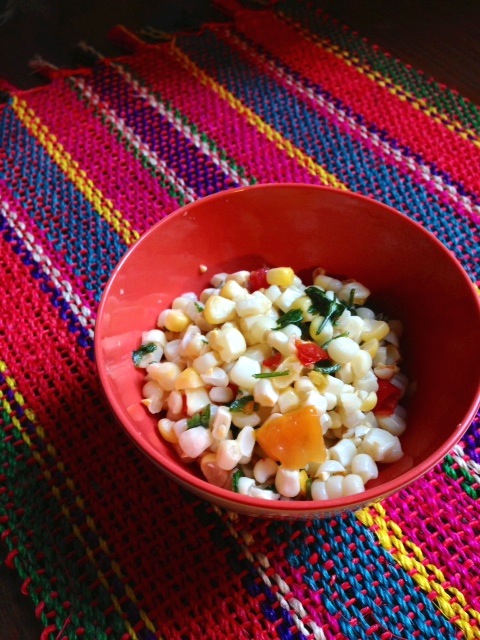 Fill a large pot with water and bring to a boil.  Carefully place corn in pot and cook for about 1 minute (try to rotate a little to cook all sides since the corn floats).  With tongs, remove corn and let cool.  In the meantime, chop your tomatoes, removing any extra juice.  Carefully seed and mince your peppers- DO NOT TOUCH YOUR FACE, MOUTH, NOSE OR EYES!  Seriously, that stuff burns.  For hours.  Days.  No joke- mince and wash your hands immediately.  Chop your cilantro.  Once your corn is cooled, carefully cut off kernels.  In a large bowl, toss all ingredients together.

Hey you guys so this is going to be a bit of a different post here. I’ll disillusion myself with the idea that it isn’t that unhealthy because I’m using sprouted bread and adding tomato slices. See? Totally healthy now!

Ok fine, so it’s not healthy but it’s good. Real good. So if you are craving some cheesy goodness and your local store just happens to be having a major sale on Daiya cheese then this recipe is for you.

Lightly spread Earth Balance on one side of each slice of bread. Heat pan and place 1st slice buttered side down.

Smear the other side of the second piece of bread with the Chipotle Veganese and top the sandwich with the Earth Balance side out. Cover and cook on low-med heat for a few minutes before flipping carefully. Cook for a few minutes longer until cheese is melted. Remove from pan, slice in half and EAT! 😀 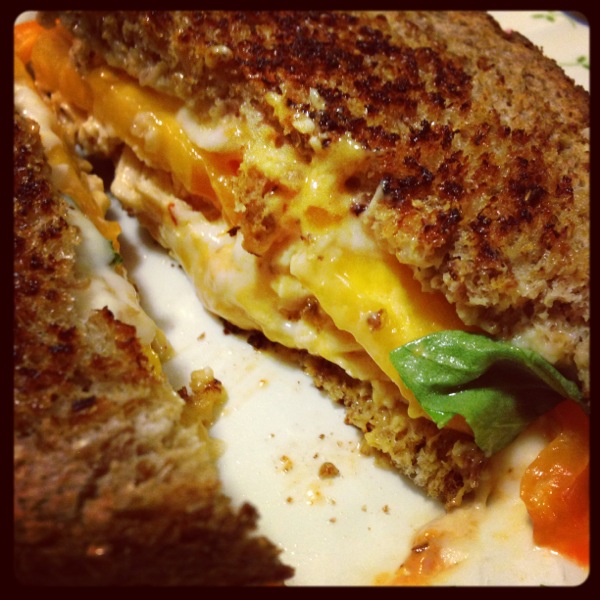 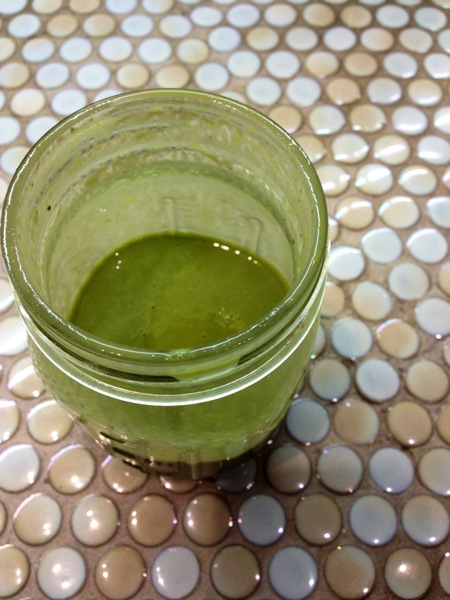